When you’re charged with assault, having Fresno assault attorney Michael McKneely in your corner can make a world of difference in your outcome.

We have all been in situations that have gotten out of hand. You may have been in a setting where words morphed into gestures, slapping, or shoving. Through all of this, it is doubtful you intended to hurt anyone. You made a mistake, and instead of being able to apologize and move forward, you are arrested. If you are charged with assault or battery, you need to take your situation seriously and contact a Fresno assault attorney. An attorney at Michael McKneely, Criminal Defense Lawyer will thoroughly review your case to determine the strongest strategy possible outcome in your case.

Call attorney Michael McKneely today at (559) 443-7442, or use the online form to schedule your initial case consultation.

Assault has a relatively simple definition under California law, yet it becomes more complex in its application. Under California Penal Code (PC) 240, you can be charged with assault if you make any unlawful attempt, along with the ability, to commit a violent injury on another individual. In other words, a prosecutor may charge you with this offense if you threaten or try to hurt someone and it seems like you have the physical capability to do so.

For example, you may be charged with assault if you are at a bar, get into an argument with another patron, and say something like “let’s go outside so I can fight you.”

The issue becomes complicated when your actions may not be considered threatening. Another complexity is whether you could go through with your threat to hurt the other person. When these questions come up in court, the judge or jury will look to how a reasonable person would have interpreted your words, actions, and apparent abilities.

Assault does not require that you harm anyone or make physical contact with them. You can be charged with a crime without ever touching another person. That is because assault focuses on the attempt to do harm, not the harm itself.

After being charged with assault, the best thing you can do is contact a Fresno assault attorney to discuss your options.

You and your lawyer can present defenses such as: 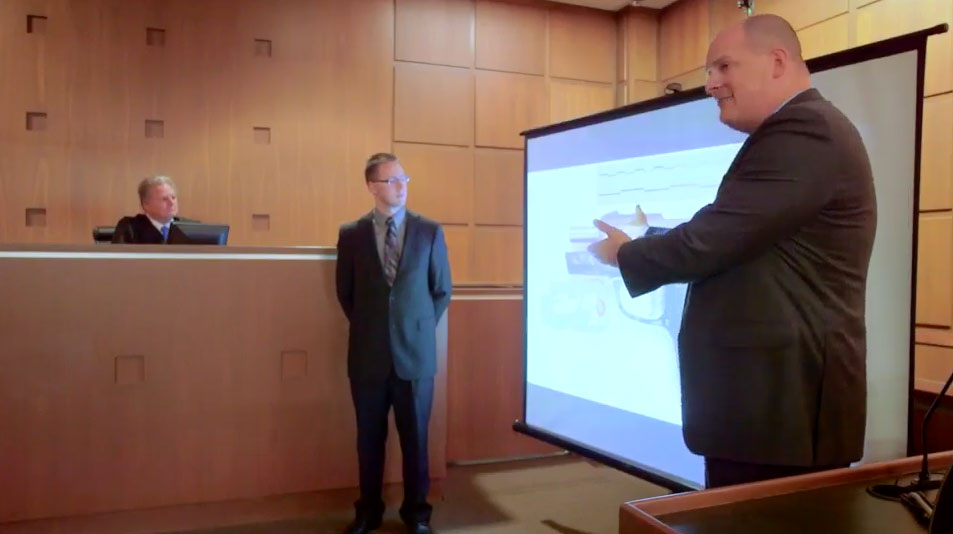 Battery has an equally simple definition in California. Under PC §242, you may be charged with this offense if you willfully and unlawfully use any force or violence against another person. Prosecutors may charge you if your intentional actions result in an offensive or harmful touching between you and the victim. The difference between this offense and assault is that battery entails actual contact. Assault is the threat of violence, and battery is the actual violence.

Battery does not require traditional violence that causes the victim to have physical marks or injuries, such as punching someone and causing a black eye or bloody nose. A battery victim does not have to be injured at all for you to be charged and convicted, which is where many complexities in these cases arise. Battery includes offensive touching, such as spitting on someone, or throwing an object that makes contact with the victim.

When facing battery charges, do not hesitate to ask for legal help. Fresno assault attorney Michael McKneely can review the potential defenses most appropriate for your case, including:

Criminal Penalties for Assault and Battery

If you are accused of simple assault, which constitutes a threat of harm in conjunction with the ability to carry the threat out, then you typically will be charged with a misdemeanor. Under PC §241, simple assault is punishable by up to six months in jail and a maximum fine of $1,000. However, certain victims warrant more aggressive charges and penalties. If you threaten a parking enforcement officer, you can be fined up to $2,000. If you threaten a firefighter, police officer, or another public health or safety officer, then you face up to one year in jail and a maximum fine of $2,000.

If you are accused of simple battery, you will be charged with a misdemeanor, punishable by up to six months in jail and fines reaching $2,000, according to PC §243. Like assault, if you commit battery against certain victims, you face harsher sentences. If you injure a police officer, firefighter, or other health and safety professionals, you may face up to one year in jail and higher fines.

Other penalties for simple assault and battery can include home confinement, electronic monitoring, probation, anger management classes, community service, and counseling. To discuss the punishments you face for misdemeanor charges for these offenses and how to avoid them, contact a Fresno assault lawyer right away.

To learn more about aggravated assault and battery charges and the potential penalties you face as a result, contact a Fresno assault attorney from Michael McKneely, Criminal Defense Lawyer right away.

Collateral Consequences of an Assault or Battery Conviction

The consequences of an assault or battery conviction go beyond the statutory penalties. Even after you complete every element of your punishment, you will still have to deal with the fact that you have a permanent criminal record. Your conviction will come up on background checks, and you may have to admit that you were convicted of an offense on various applications and documents.

This record may cause:

If you are wrongly accused of a crime, do not hesitate to ask for help. Fresno assault attorney Michael McKneely works with individuals like you every day. He has seen assault and battery charges arise from all sorts of situations and misunderstandings. He will thoroughly review your case to determine the next best steps, which may include fighting for the charges to be dropped or reduced. If prosecutors insist on moving forward with the charges, then attorney McKneely will aggressively defend you in court or negotiate a fair plea bargain.

To talk about how we can help you with your case, call Michael McKneely, Criminal Defense Lawyer today.

California law prohibits violence between people with personal relationships. You may be accused of domestic violence if someone alleges that you assaulted or hurt:

Domestic violence is not a specific in crime in California. Instead, many offenses that are committed against a family member or intimate partner can be considered domestic abuse, including domestic battery, which is defined under PC §243(e)(1).

If you are accused of domestic abuse, do not try and handle the situation alone. The best thing you can do is to call an experienced and aggressive lawyer. Not only may you need to defend yourself in criminal court, you may also have to defend yourself against civil requests for restraining orders. These accusations may also impact a family law case, such as a divorce or child custody dispute. For comprehensive help following domestic violence allegations, call Michael McKneely, Criminal Defense Lawyer at (559) 443-7442.