If you are arrested and charged with a DUI or a related offense, the best thing you can do for yourself is contact a Fresno DUI attorney from Michael McKneely, Criminal Defense Lawyer. Attorney Mike McKneely will thoroughly review your case, determine the strongest defenses available.

There is nothing you can do but pull over and see what the police want. When you are lucky, you receive a warning for some minor traffic violation. However, the situation could be far more serious. If an officer believes there is evidence that you are driving under the influence (DUI) of alcohol or drugs, you could be facing arrest.

You never anticipate the moment you are pulled over by a police officer. One minute you are driving, taking your safety and freedom for granted, and then next you see flashing lights behind you. At Michael McKneely, Criminal Defense Lawyer, our team of experienced Fresno DUI attorneys will fight for your charges to be dropped or reduced. If prosecutors move forward with DUI charges, he will build you the strongest defense available under the law. Mike’s goal will be to achieve your exoneration in court, but he will also prepare to minimize the potential consequences of any conviction.

Your Rights During a DUI Traffic Stop

If you are stopped and an officer thinks you are drinking and driving, the best thing to do is remain calm and assert your rights. During a traffic stop, you have the right to:

Your Rights Regarding Field Sobriety Tests

During a DUI traffic stop, a police officer may ask you to perform certain tests. Most likely, you will be asked to take one of the field sobriety tests (FSTs) standardized by the National Highway Traffic Safety Administration:

You can refuse to take any or all of these FSTs. You are not legally required to submit to any FSTs, and you cannot be punished for refusing. You may not avoid an arrest, however you have limited the prosecutor’s evidence against you.

Your Rights Regarding Chemical Tests

When the police suspect you are driving while under the influence of alcohol or drugs, you may be arrested and then asked to take a blood, breath, or urine test to determine your blood alcohol concentration (BAC). If you are a driver and over the age of 21, then the legal BAC limit is .08 percent. If you are under 21 years old, then any amount of alcohol in your blood can lead to criminal charges. If you have a commercial driver’s license, and are driving a commercial vehicle at the time of the stop, then your BAC limit is .04 percent.

You have the right to refuse to submit to a warrantless chemical test. However, refusal can bring consequences. If you refuse a warrantless breath or blood test, this can lead to an administrative drivers license suspension and increased punishment if you are found guilty of DUI.

In many situations, the police will obtain a warrant, requiring you to submit a blood sample. Refusing to submit to a blood test after a warrant has been issued can have serious consequences. You should speak to a Fresno DUI attorney as soon as possible in this situation. 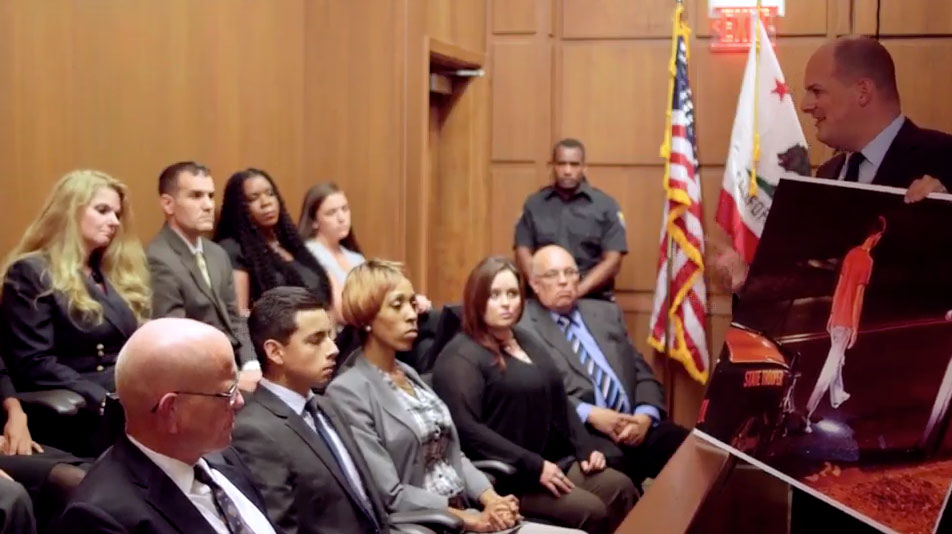 You can lose your driver’s license automatically after a DUI arrest if you have a BAC over the legal limit or if you refuse a chemical test. This is an administrative license suspension, known in California as an APS suspension, and is not a criminal punishment. It is enforced by the Department of Motor Vehicles, which is where you have to go to fight it.

If you receive an APS suspension, you have only 10 days to formally request a DMV hearing. You need to speak with an experienced Fresno DUI attorney right away. If you do not fight the suspension, or if you lose after a hearing, you face a four-month suspension for a BAC over the legal limit or a one-year suspension for a chemical test refusal.

If you were involved in an accident and the police believe you were intoxicated at the time, you need to contact experienced and aggressive Fresno DUI lawyer Michael McKneely right away. You may face additional criminal and civil consequences if the accident caused property damage, injuries, or a fatality. If you caused the accident and another person’s death, you may be charged with intoxicated manslaughter. If someone is injured in an accident while you were DUI you can and will be charged with a felony. If you are charged with a felony, you face up to four years in prison. If prosecutors prove you acted with gross negligence, you could be imprisoned for up to 10 years.

Potential Punishments for a DUI Conviction

If you are convicted of a DUI, then you face a number of punishments and collateral consequences, including:

If you have been charged with a first DUI or multiple DUIs, contact a Fresno DUI attorney at Michael McKneely, Criminal Defense Lawyer to begin forming your defense today. We know that you want to avoid the harshest DUI punishments in California. Call us today to find out more.

Let a Fresno DUI Attorney Fight for You

Working with a lawyer who is well-versed in defending against DUI charges is the best way to achieve an acceptable outcome in your case. Fresno DUI lawyer Mike McKneely is ready to tackle these charges, guide you through the criminal court system, and aggressively defend your rights.

Call us today to find out how Attorney Mike McKneely can help you.

Defending Against a DUI

Facing DUI charges can be nerve-wracking, however the situation is never hopeless. There are many ways to defend against a DUI or related charge and to minimize the potential consequences of a conviction. A skilled Fresno DUI attorney can help you build a solid defense.

Potential defenses for your case may include:

Other Traffic Violations in California

We can also help you with other traffic violations in California. If you are pulled over and given a citation or arrested, you may face charges for the following and need help from a highly-skilled Fresno traffic defense lawyer:

Fresno DUI lawyer Mike McKneely understands that your case is important to you. He will listen to your goals and help you develop a defense that seeks a positive outcome in your case. Whether you want to get your violation or charge dismissed completely, or you hope to mitigate the penalties, Michael McKneely, Criminal Defense Lawyer is here for you.