If you found yourself in the back of a squad car or sitting in a police station for questioning, you may not know what to do. You may think answering officers’ questions honestly will clear the air; however, all too often the facts are misconstrued or used against you unexpectedly. If you have been arrested for or charged with a crime, contact Fresno criminal defense lawyer Michael McKneely to help you navigate the complex justice system. He will work to vindicate you and have charges against you dropped or reduced as much as possible. Call him today at (559) 443-7442 to find out how he can help you.

Attorney Mike McKneely has more than a decade of criminal law experience as both a prosecutor and a defense lawyer. He understands that situations can be complicated. He will work with you to obtain the best possible outcome in your case so that you can move forward with your life.

If you’re facing a criminal charge, you may be confused about what to do next. No matter what happened, you have rights. Call attorney Mike McKneely if you’ve been arrested and before you answer any questions or make a statement. He will make sure your rights are respected.

You have rights at every step of the criminal justice process. State and federal laws ensure that even if you’ve been arrested or charged with a crime, you have rights, including:

Those rights continue throughout the criminal justice process. In court, you have additional rights, including:

You have rights after the trial and even while incarcerated. If you feel your rights or the rights of a loved one have been violated during the criminal justice process, attorney Mike McKneely can help. He will learn what happened and aggressively fight against those who have violated you.

Understanding the Criminal Process in California

The California criminal process begins long before you’ve even been arrested. If you’re under suspicion of committing a misdemeanor or felony in the state, police and other law enforcement officials will begin an investigation. This process involves a deep examination into any evidence that could determine whether or not you committed an offense. This evidence is obtained through interviews with individuals or groups who may have witnessed your criminal activity. Even in this early stage of the process, retaining the counsel of a Fresno criminal defense lawyer is essential. A police officer may request an interview with you to better establish if they can file charges against you.

Following an investigation, an arrest will be made if law enforcement has sufficient enough evidence that points to your commission of a crime. After an arrest, you’re taken to jail, and one of three things will happen:

The next step in the California criminal process is your arraignment. This is your first court appearance following your arrest. During this hearing, you will hear the formal charges you face, the rights you have as a defendant, and that an attorney will be assigned to your case if you cannot afford legal representation of your own. At your arraignment, you will also enter a plea. Pleas your Fresno criminal defense lawyer may advise you enter include:

Depending on the circumstances of your case, a judge may or may not addressed bail at your arraignment. Regardless of whether or not if it’s brought up at arraignment or a separate hearing, a few things may happen: you will be released without bail (otherwise known as being released on your “own recognizance,” a judge will set a bail amount for you, or you will be denied bail entirely. If a judge decides to set bail for you, they will consider several factors, such as your criminal record, and whether you’re a risk to others if living in the community.

Following your arraignment and bail hearings, the California criminal process then takes one of two routes:

If your misdemeanor or felony case is not settled in the pre-trial step of the California criminal process, it moves to trial. During this portion of the procedure, you have the choice of having a jury trial or a court trial. If you choose to take your case before a jury, they will decide if you are guilty or not based off the evidence the prosecutor and your Fresno criminal defense lawyer and present. If you select a court trial, the judge will decide regarding your guilt. Regardless of which route you take, the prosecutor must prove that you are guilty beyond a reasonable doubt. If they are not able to do so, a verdict of “not guilty” should be returned. If enough evidence is provided to prove your guilt, your case moves onto the sentencing phase.

When a guilty verdict is returned in your California criminal case, the judge will set a date for your sentencing hearing. At this hearing, the prosecutor and your attorney will make suggestions regarding the appropriate sentence you should face upon your verdict. Evidence can be presented during this hearing. After reviewing the recommendations and evidence, the judge will decide your punishment.

If you are not pleased with the result of your case, the California criminal process allows you to appeal the court’s decision. To properly begin the appeals process, there are certain documents you must file:

As you and your attorney work through this step, it’s imperative that you remember an appeal is not a new trial. Instead, it’s an opportunity to present evidence that the court where your trial initially took place made a mistake. If enough evidence supports your claim that the trial court did make an error, an appellate court will hold a hearing and decide if a misstep in criminal procedure was made.

Appeal cases are notoriously difficult to navigate, so it’s important you remain in contact with your Fresno criminal defense lawyer to ensure that all proper paperwork is filed, and that you follow the regulations that govern this process. 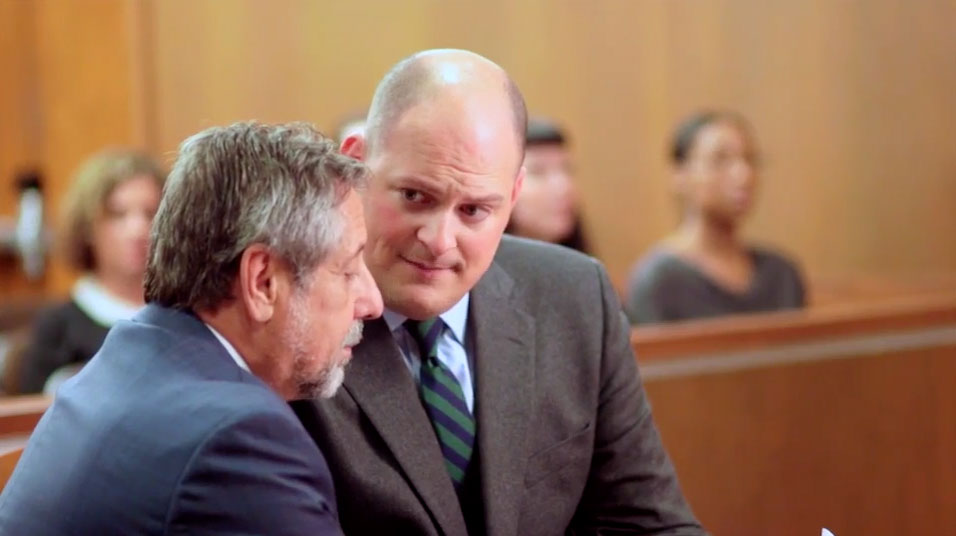 Levels of Criminal Charges in California

Criminal charges may be classified in different ways depending upon the facts of the case. Although some crimes are easily classified, others depend on a multitude of factors. Penalties associated with crimes also depend on their classifications.

Criminal charges in California may be any of the following:

Misdemeanor – Misdemeanor crimes typically involve a penalty of less than one year in jail and fines under $2,000. First time offenses and those that do not involve violence are often classified as misdemeanors. Fresno criminal defense attorney Mike McKneely can help you fight a misdemeanor charge or work to get it expunged if you’ve been convicted.

Felony – Felony crimes have much more severe consequences than do misdemeanors. These crimes are punishable by more than one year in prison and fines over $2,000. If you’ve been charged with a felony offense, you need an experienced Fresno felony attorney to represent your rights against serious allegations.

Wobblers – Some crimes may be classified as either a misdemeanor or a felony depending upon the details of your case. Use of a weapon, prior convictions, and other factors may influence the classification of your charge. Michael McKneely, Criminal Defense Lawyer will gather the facts in your case and present them to the prosecutor, judge, and jury in such a way that works to minimize your charges and penalties.

No matter what you’ve been charged with, you deserve to be treated with compassion and dignity. Fresno criminal defense lawyer Michael McKneely provides criminal defense for good people. He will listen to your side of the story and stand up for your rights throughout the criminal justice process. He knows that law enforcement authorities and prosecutors do not always fight fair. He will help you level the playing field with knowledgeable representation.

Call Michael McKneely, Criminal Defense Lawyer today to find out how a Fresno criminal defense lawyer can help you.

California deals with crimes seriously. Police officers attempt to gather as much evidence against you as possible, and prosecutors will often present this information in a negative light. If you are facing criminal charges, you need an experienced and knowledgeable Fresno criminal defense lawyer on your side to represent your rights.

Some things you should know about if you’re facing criminal charges in California include:

Probation Violations – If you violate any part of your probation in the state of California, you risk having your probation revoked in addition to greater statutory penalties. Contact Michael McKneely, Criminal Defense Lawyer today if you want to prevent this from occurring.